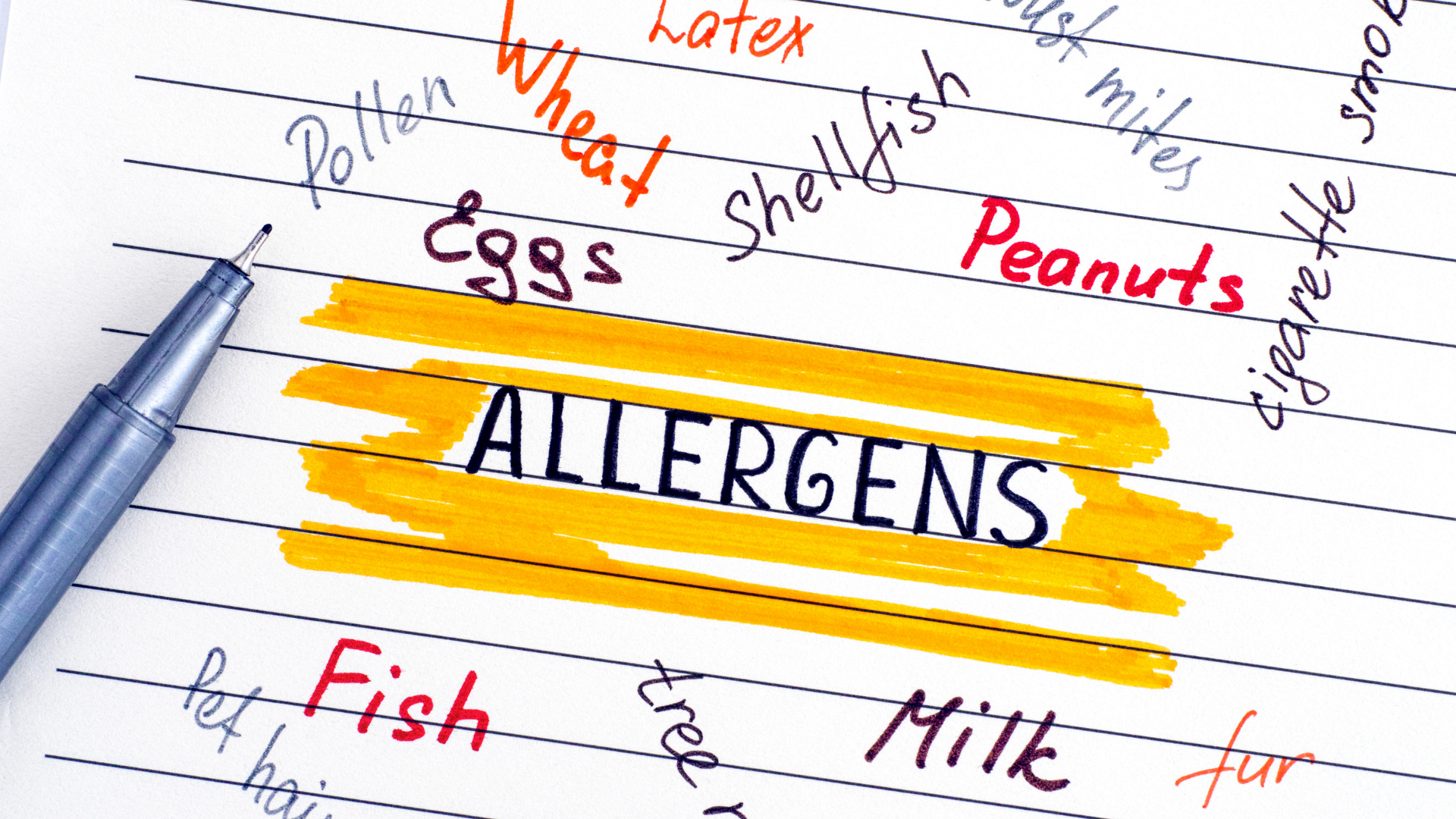 Allergenic foods have been identified as a food safety hazard and may affect millions of consumers if not properly controlled. According to EAACI (European Academy of Allergy and Clinical Immunology), food allergies affect more than 17 million Europeans while in the US, FARE (Food Allergen Research and Education) reports 32 million Americans suffering from food allergies. The impact on human health can be serious since there is no treatment for Food Allergies and the only option for consumers is to avoid foods with allergenic materials to prevent serious health consequences.

Let’s start with what an Allergy is.

The term “Allergy” was first coined in 1906 to define a “specifically altered reactivity of the organism” and today it is defined as an “immunologically-mediated and allergen-specific hypersensitivity”. Among all allergies, Food Allergy has been referred to as the second wave of the allergy epidemic, after asthma. In case of food allergy, food proteins that are normally harmless elicit an immune response (the allergic reactions) that can range from mild to severe (anaphylaxis) and can also cause death. Food allergies are constantly rising, due to changes in lifestyle and nutrition, increasingly complex industrial processing and inadvertent cross-contamination in machines working different foods.

At an international level, the Codex Alimentarius Commission (CAC), set up in the early 1960’s by FAO and WHO, developed the Codex Alimentarius, a set of international food standards and guidelines to help protect the health of consumers, ensure fair trade and promote co-ordination of standards between different countries. Among different standards, it was developed the one relevant to food allergen labeling but the guideline provides flexibility for countries to make revisions according to their own needs. In Europe, in 2000, the Labelling Directive (Directive 2000/13/EC) became the first legislation referring to allergenic foods. The Labelling Directive requires manufacturers to declare all ingredients present in pre-packaged foods sold in the EU with very few exceptions. Nowadays, the EU Food Information for Consumers Regulation (No. 1169/2911) (EU FIC) mentioned food allergen labeling issues. According to this Regulation, Food and ingredients producers, manufacturers, retailers and packaging industries have the obligation to declare “any ingredient or processing aid listed in Annex II or derived from a substance or product listed in Annex II causing allergies or intolerances used in the manufacture or preparation of food and still present in the finished product, even if in an altered form”. Undeclared allergens in a food product mean the presence of a serious food safety hazard with high risk for final consumers. In such a case, a procedure for product recall must be immediately initiated in line with Reg. EC 178/2002, with huge costs and damages for brand image.

Although nearly any food can trigger an allergic reaction, the law identifies the most common allergenic foods, that cause the majority of reactions, and they represent the food sources from which many other ingredients are derived.

In USA, the 8 foods identified by the law are the following:

These eight foods, also known as the “Big 8”, and any ingredient that contains protein derived from one or more of them, are designated as “major food allergens” by FALCPA (Food Allergen Labeling and Consumer Protection Act).

There is a significant difference among countries as to what allergens are disclosed in the regulations. Specific food allergen prevalence in a country is influenced by many factors including cultural difference, dietary habits etc.. For example, buckwheat is required to be labeled both in Japan and South Korea, while sesame seeds are required to be labeled in Australia/New Zealand, EU and Canada. Some countries and areas also identify substances unique to their own country, such as the mango in Taiwan, lupin and celery in EU, pork, peaches, tomato, chicken, beef, squid, oyster are exclusively listed as priority allergen in South Korea. Fruits as major allergens are often identified in Eastern countries but are rare in Western countries.

No threshold levels have been determined yet for most food allergens. The associated risks vary from people to people and depend on the amount of allergenic proteins in the ingredient itself, their nature, the quantity of the ingredient in the food formulation, as well as the process applied to food. Due to this variability, it is not possible to set a uniform parameter for allergens in food labeling. Only sulphites, gluten and lactose are characterized by reference thresholds, which allow the definition of related claims on food labels.

Sulphites and sulphur dioxide are food preservatives (E220-228) used to prevent the browning or discoloration of foods. According to Codex Alimentarius and to Reg. EC 1169/2011 in EU, they must be labeled when exceeding 10 mg/kg or 10 mg/l in terms of total SO2.

Gluten is a very abundant protein in many cereals, responsible for Celiac disease in vulnerable subjects, that, if untreated, can have serious consequences. Gluten presence in food and accordingly in label, is regulated by Reg. EEC/EU 828/2014, which sets the following limits in all European Member States:

Lactose is a milk disaccharide present in many foods that can cause intolerance. Unlike gluten, lactose does not have uniform reference values across Europe and different countries apply different limits. In Italy, lactose thresholds for food labeling are:

Food allergen labelling around the world

Accurate food labelling is not only the ethical and responsible thing to do: it’s the law. An informative and well-designed label will help to prevent allergic consumers from accidentally consuming allergens. Incorrect labelling or the presence of undeclared allergens in food is the main cause in EU and USA of allergy-related product recalls or withdrawals from the market.

According to EU Regulation no. 1169/2011, since December 2014, food business operators and producers must provide information to consumers on product labels and signposts regarding the 14 specified substances that are proven to trigger an adverse allergic or intolerance reaction.

To help Americans avoid the health risks of food allergens, FDA enforces the Food Allergen Labeling and Consumer Protection Act of 2004 (the Act). The Act requires that the labels of all pre-packaged foods must clearly identify (in “plain English”) the food source names of any ingredients that are one of the eight major food allergens or contain any protein derived from a major food allergen.

FDA guidance for the food industry states that food allergen advisory statements, e.g., “may contain [allergen]” or “produced in a facility that also uses [allergen]” should not be used as a substitute for adhering to current good manufacturing practices and must be truthful and not misleading. FDA is considering ways to best manage the use of these types of statements by manufacturers to better inform consumers. Other than these methods followed by EU and US, some countries use an allergen box which is considered as more visible to potential sensitive consumers.

Food allergen management in the industry

Food allergy has become a growing public health concern, not only for consumers, but also for food manufacturers and authorities. In order to minimize the risk for sensitive people from accidentally consuming allergenic ingredients, while providing a wide choice of products, manufacturers are encouraged to establish an effective food allergen control program. The primary objectives of the allergen control plan are to ensure 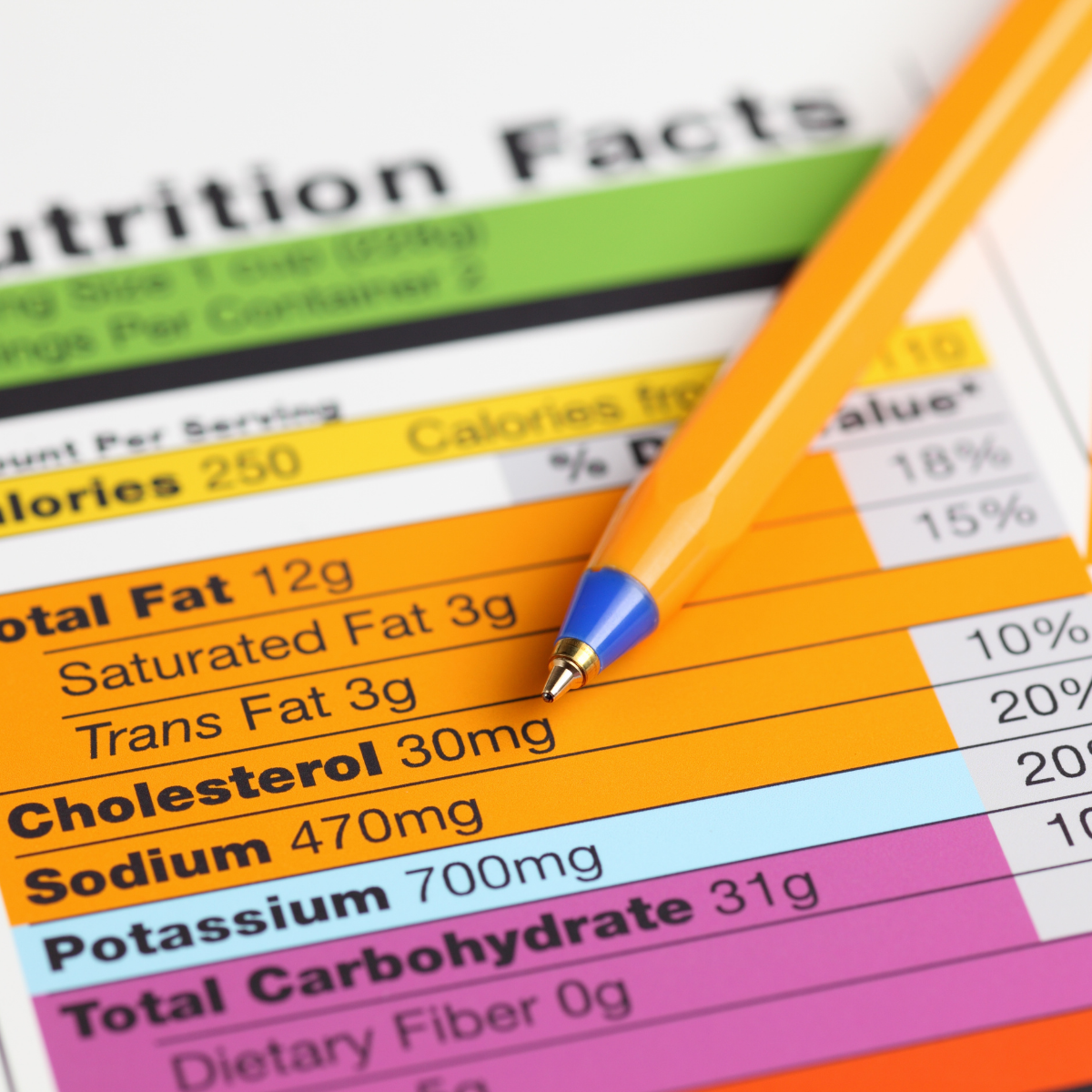 However, at the current stage, universal allergen control approaches and standards are non-exist and manufacturers can take different measure to deal with the risk in their supply chain. For example, when designing a new plant or launching a new product, designers should incorporate features to minimize the potential cross-contact of allergens. Also, a cleaning and sanitation program plays a vital role in food allergen management, effective cleaning and sanitation of the processing lines will remove product residues to an accepted level. In the context of food allergens, “cross-contamination” occurs when a residue or trace amount of an allergenic food becomes incorporated into another food not intended to contain it. Besides this, since to some people even a low dose of an allergen can cause severe reactions, it’s important to set analytical methods for quantitative and qualitative detection of allergenic residues in food products.

The most commonly employed methods available for detecting residues from allergenic sources are:

In recent years, food producers have undertaken many actions to manage the allergen risks – in particular through hazard analysis and critical control points (HACCP): a system of detection, assessment and management of food safety risks. This system requires the setup of a process to manage raw materials, flows, and other factors: it requires the involvement of company personnel as well as the carrying out of audits, process validations and monitoring plans to minimize the risks stemming from the presence of allergens.

Lo.Li Pharma International for its Food Supplements entrusts to accountable companies and laboratories with high scientific standards, expertise and reliable analytical methods to minimize the risk associated to allergens and protect consumers’ health.  In order to better protect consumers with Celiac disease or lactose intolerance, the analysis to detect these allergenic sources are performed on Food Supplements and, with a conform result according to Reg. EEC/EU 828/2014 and Reg. EC 1169/2011, it’s possible to appropriately use “gluten-free” or “lactose-free” mark on the label. In addition, to support customers, an accurate control of the labels is performed by Lo.Li. Pharma International team prior to launch a Food Supplement in the market.

In conclusion, Food labels help allergic consumers identify offending foods or ingredients so they can more easily avoid them. So, always be sure to read the food label’s ingredient list carefully to avoid the food allergens in question.

Many high-potential, small to medium-sized pharma companies find it difficult to stay competitive in crowded markets, especially when competing against global giants. They may not have any innovative, ready-for-market products in their pipeline, or have the funds to support internal product development. Lo.Li. Pharma International is a branch of Lo.Li. Pharma Srl, a growing pharmaceutical company, based in Rome, is dedicated to the research, development, and distribution of Medical Devices and Functional Dietary Supplements. As world-renowned experts in basic science and research in inositol, Lo.Li. Pharma International is committed to supporting its partners with the scientific know-how, innovative products, and marketing support needed to be successful. To learn more, go to: www.lolipharmainternational.com