GDM and Myo-inositol: state of art 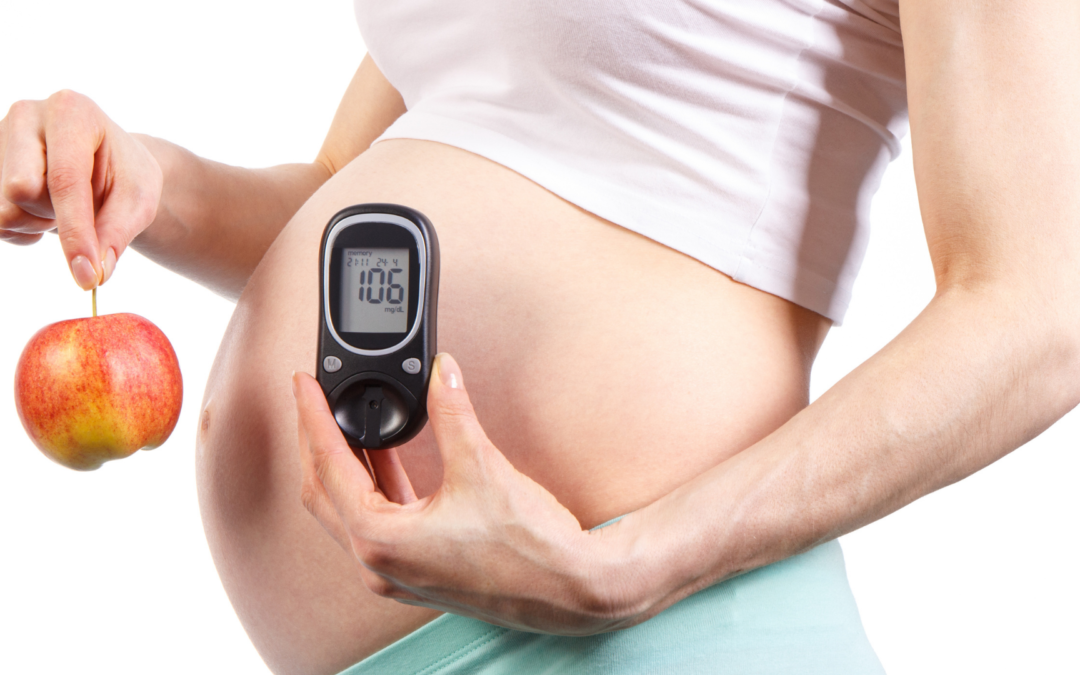 Gestational diabetes mellitus (GDM) is a metabolic disorder characterised by an impaired glucose tolerance with onset or first recognition during pregnancy, which is characterized by an increased insulin resistance [1,2]. The exordium of GDM is linked to several risk factors such as advanced maternal age, increased body mass index (BMI), ethnic background, family history or previous history of gestational diabetes (GD), but also female fertility disorder as polycystic ovary syndrome (PCOS) [2]. In the last years the increase of advancing maternal age and prevalence of obesity have contributed to the escalation in rates of GDM. Even if the reported rates of GDM imply an incidence that reaches 10% of pregnancies, its prevalence is expected to be higher, almost double, according to the newly proposed criteria for diagnosing GDM [4]. GDM is associated with pregnancy-related maternal and fetal morbidity (both antenatal and perinatal).

All pregnant women show some degree of resistance to the action of insulin. This metabolic state seems to be necessary to ensure a continuous supply of nutrients to the fetus even in conditions of famine. Most pregnant women respond to this effect by increasing insulin release and remain euglycemic. On the other hand, women with GDM are unable to counteract insulin resistance. Insulin-sensitizing factors, such as metformin, have been proposed as a potential treatment to reduce the incidence of GDM in high-risk pregnancies. While metformin initially appeared to be a promising intervention for the prevention of the disease, it does not seem to be as efficacious as expected infact regulates blood glucose levels and improves the perinatal outcome but the incidence of macrosomia does not appear to be significantly reduced, resulting in a large percentage of macrosomic newborns (15–45%) [8-9]. Furthermore important side effects are reported regarding use of metformin in perinatal age, indeed metformin is one of drugs that can overcome the placental barrier, get significant concentrations in fetus and therefore can have a direct or indirect effect on it. Only recently, one study correlated metformin therapeutic treatment in women with T2DM, with the H19 up-regulation found in fetal liver as a metformin probable direct effect on fetus and demonstrated that this drug exposure during pregnancy could have deep effects on liver function in adulthood, for example leading to glucose intolerance or T2DM development, independently from condition of mother.[10] Following the presentation of a complication it is important to consider preventive strategies are better than active response. Safe and effective interventions are, therefore, urgently needed in an attempt to lower the incidence of GD or at least the incidence of GDM related morbidity.

Myo-inositol, one of 9 isomers of inositol, is a naturally occurring sugar commonly found in cereals, corn, legumes and meat. It is one of the intracellular mediators of the insulin signal and correlated with insulin sensitivity in T2D. The potential beneficial effect on improving insulin sensitivity made myo-inositol useful for women in preventing GD, indeed many studies demonstrated myo-inositol supplementation as an effective primary prevention of GD in patients at high risk such as: a Cochrane Review reported a reduction of almost 57% in the incidence of GDM in women at high risk after supplementation of myo-inositol compared to controls [11]; When used in women with GDM, myo-inositol was effective in reducing insulin resistance levels and insulin treatment requirement [12-14]. The supplementation with myo-inositol has been demonstrated to be effective in reducing GDM occurrence in several categories of women at high risk for GDM as with polycystic ovary syndrome, with impaired fasting blood glucose, family history of diabetes and obese or overweight which will be listed below.

It was evaluated the prevalence of GD in pregnancies obtained with myo-inositol administration in women with polycystic ovary syndrome and the incidence of GDM seems to be reduced by more than 60%.  A total of 98 pregnancies in PCOS women obtained in a 3-year period, either with myo-inositol or with metformin were considered. While myo-inositol was assumed through the whole pregnancy, the group of women treated with metformin stopped the drug assumption after pregnancy diagnosis, and was considered as a control group. Prevalence of GD in the myo-inositol group was significantly lower than in the control group, indeed in the control group the risk of GD occurrence was more than double compared to the myo-inositol group, while there was no difference between the groups in relation to secondary pregnancy outcomes as hypertensive disorders, pre-term birth, macrosomia and caesarean section occurrence. [15]

It was reported that myo-inositol supplementation in pregnancy reduced the incidence of GDM in 66.3% of women with an elevated fasting glucose in the first or early second trimester. The group of women allocated to receive myo-inositol had a significantly lower incidence of the primary outcome of abnormal OGTT but also required less insuline therapy, reported less Polyhydramnios, delivered at a later gestational age and had significantly smaller babies with fewer episodes of neonatal hypoglycemia.[16]

3. FAMILY HISTORY OF T2D and GDM

D’Anna et al. highlighted myo-Inositol supplementation in pregnant women with a family history of type 2 diabetes reduces GDM incidence and the delivery of macrosomia fetuses. The patients were divided into 2 groups and treated from the end of the first trimester: 110 with 2 g myo-inositol plus 400 mg folic acid twice a day and 110 in the placebo group only with 400 mg folic acid twice a day. The incidence of GDM was significantly reduced in the myo-inositol group compared with the placebo group, furthermore in the myo-inositol group it was found a statistically significant reduction of fetal macrosomia together with a significant reduction in mean fetal weight at delivery [17].

Myo-inositol supplementation, started in the first trimester, in obese pregnant women may also reduce the incidence in GDM through a reduction of insulin resistance. Myoinositol (2 g plus 200 micrograms folic acid twice a day) or placebo (200 micrograms folic acid twice a day) was administered from the first trimester to delivery in pregnant obese women (prepregnancy body mass index 30 or greater).  The GDM rate was significantly reduced in the myo-inositol group compared with the control group, furthermore women in treatment with myo-inositol showed a significantly greater reduction in the homeostasis model assessment of insulin resistance compared with the control group.[18] Recent studies confirmed the significant decrease of GDM rate but also a significant decrease in macrosomia, large for gestational age fetus (>90%) and pre-term birth rate in patients at high risk of GDM when treated with MI.[19-20]

In conclusion nowadays many studies confirms that myo-inositol supplementation, given from first trimester to delivery in women at high risk, may reduce not only GDM but also its major complications which are macrosomia, pre-term birth and gestational hypertension.